Welcome to the Hussian College In Studio Los Angeles Box Office, where you can purchase tickets to all of our upcoming events! 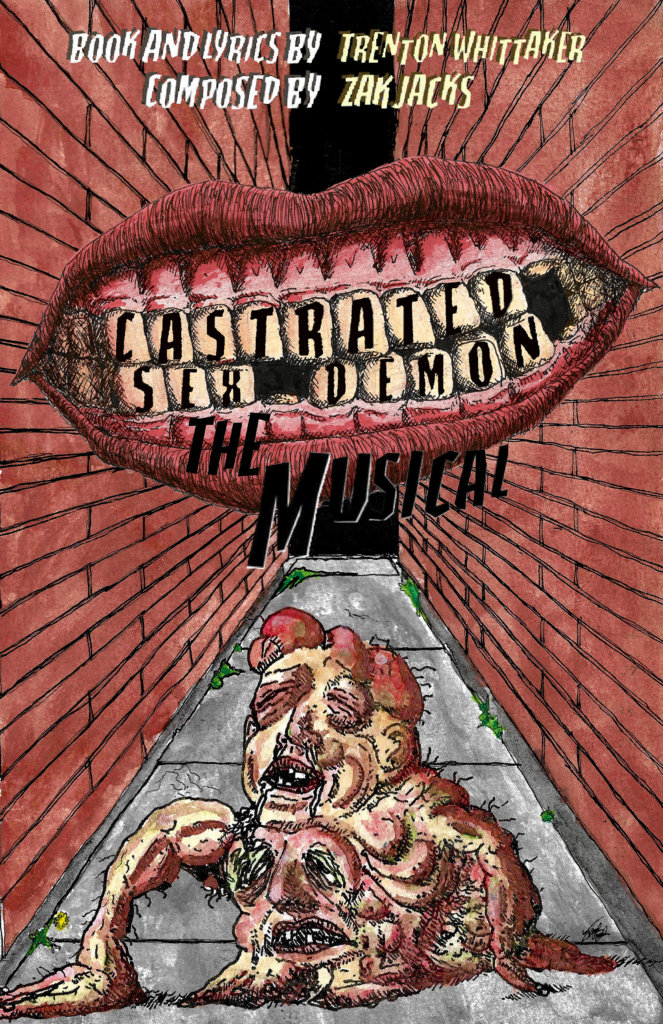 In a world driven by desperation and fear. Those bold enough to make a stand will do anything for a better life even if it means selling their body and soul. Castrated Sex Demon is a show based in Las Vegas 1980's and follows the story of a drive thru priest named Father Doyle and an infamous stripper named Sweet Pea who try their luck at being a pimp and prostitute. They learn how to survive the underground world of Las Vegas as they come across both friend and foe. 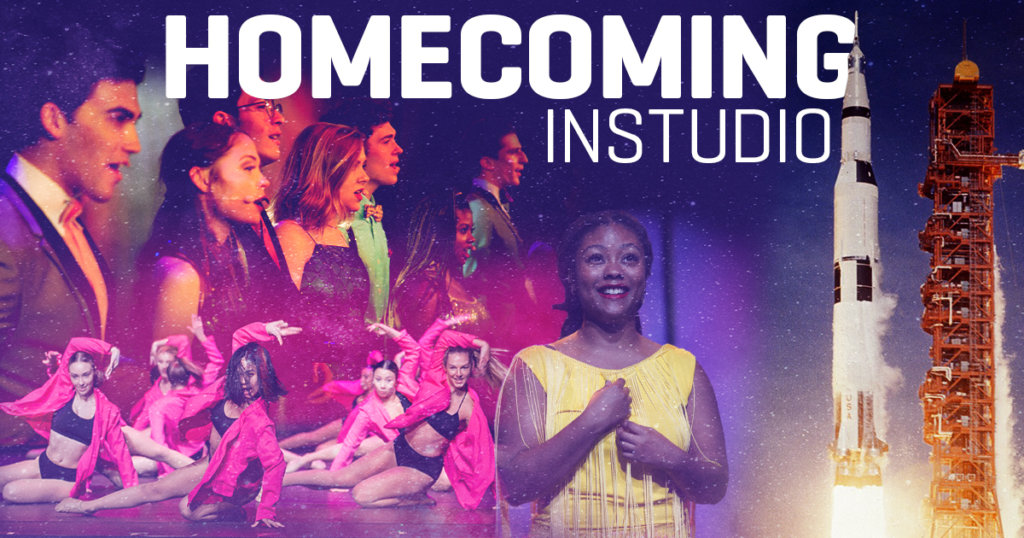 This on campus screening will feature our incoming freshmen 30-second projects along with some HCLA highlights including thesis films and past productions!

*All events are FREE. RSVP is required to access campus. Masks are required at all events and current/incoming students must sign their waivers before arrival.

RSVP for the Screening

Elevada explores family ties, tango, and romance under the most unlikely circumstances. Expect to be whisked off your feet with Sheila Callaghan's incisively witty tale.

*All events are FREE. RSVP is required to access campus. Masks are required at all events and current/incoming students must sign their waivers before arrival.

(In Order of Appearance) 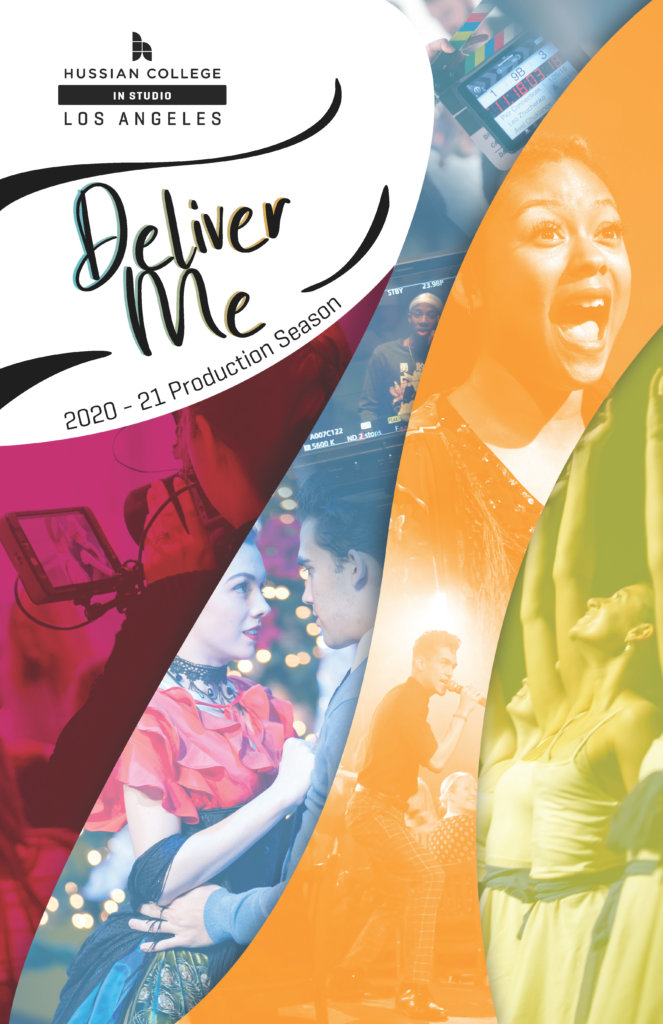 Get your tickets ($5 per device) HERE

In a desolate world where our most valuable resource is kept in the clutches of a corrupted system, the poor stage a revolt for the freedom to pee!

Open to students and faculty, this virtual screening event features sophomore- produced films and provides a platform for review as they move into the back half of their HCLA - In Studio careers.

By screening student projects completed In Studio On Set during the virtual school year, Spotlight HCLA In Studio celebrates the voices and creativity of our community. Be inspired, be moved, and support the student body by your participation in this evening. As the event will be streamed, all are welcome to attend! 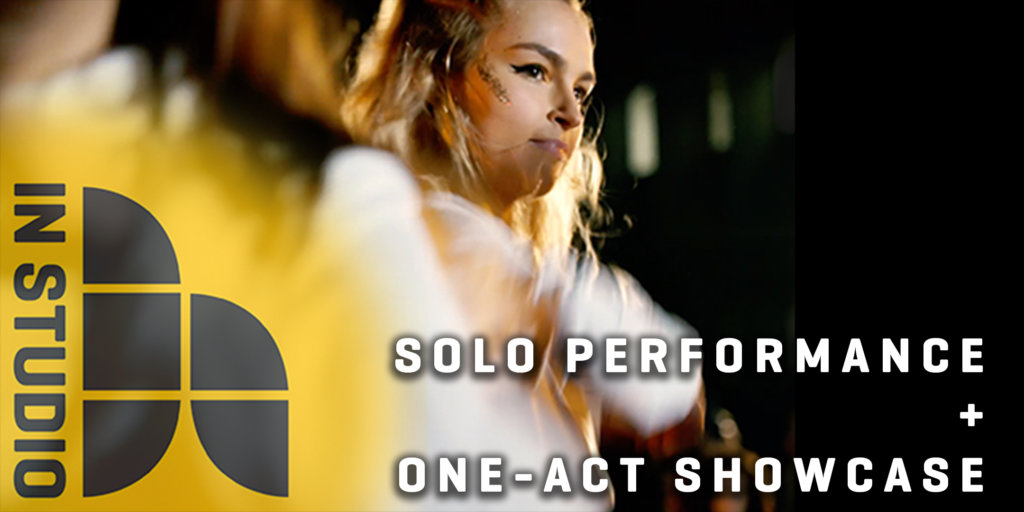 One Act Showcase – Acting for Theatre

Sophomore Acting majors produce and star in one-act plays, presented virtually as their final projects for Acting for Theatre. 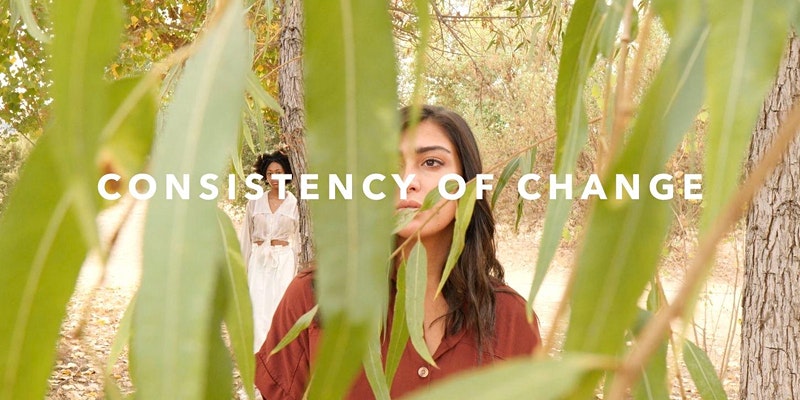 Consistency of Change - An Original Piece of Dance and Spoken Word

In this minimalistic, contemporary concept video, HCLA artists collaborate to express the changes encountered in everyday life. This piece blends verbal metaphorical moments, as well as, physical movement in the midst of the changing seasons.

• This show will also be available online after the 20th 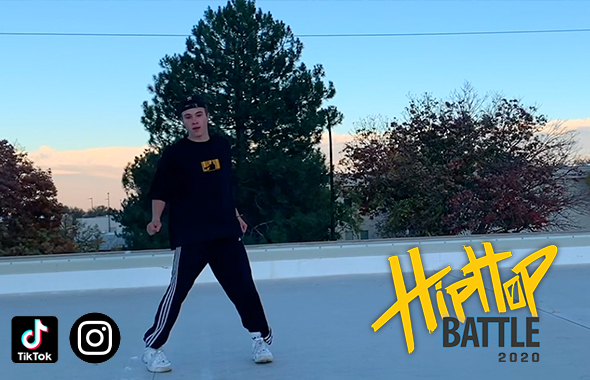 HCLA commercial dancers take to the virtual floor for this season's Hip Hop Battle as crew videos go head to head in a bracket-style competition. Along with judges' scores, you, the audience, help determine who wins each bracket, so tune in and vote for your favorites! 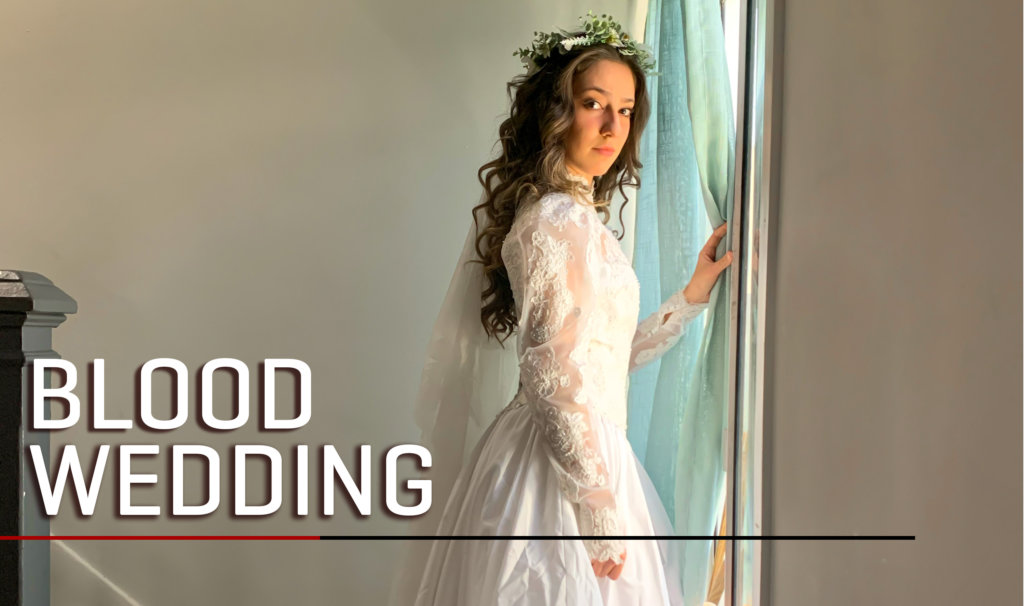 A young bride whose insatiable desire for her married lover draws her into the crossfire of two feuding families. This Spanish Romeo and Juliet deals with forbidden love and revenge and was inspired by a newspaper account read by Lorca in the 1920s. 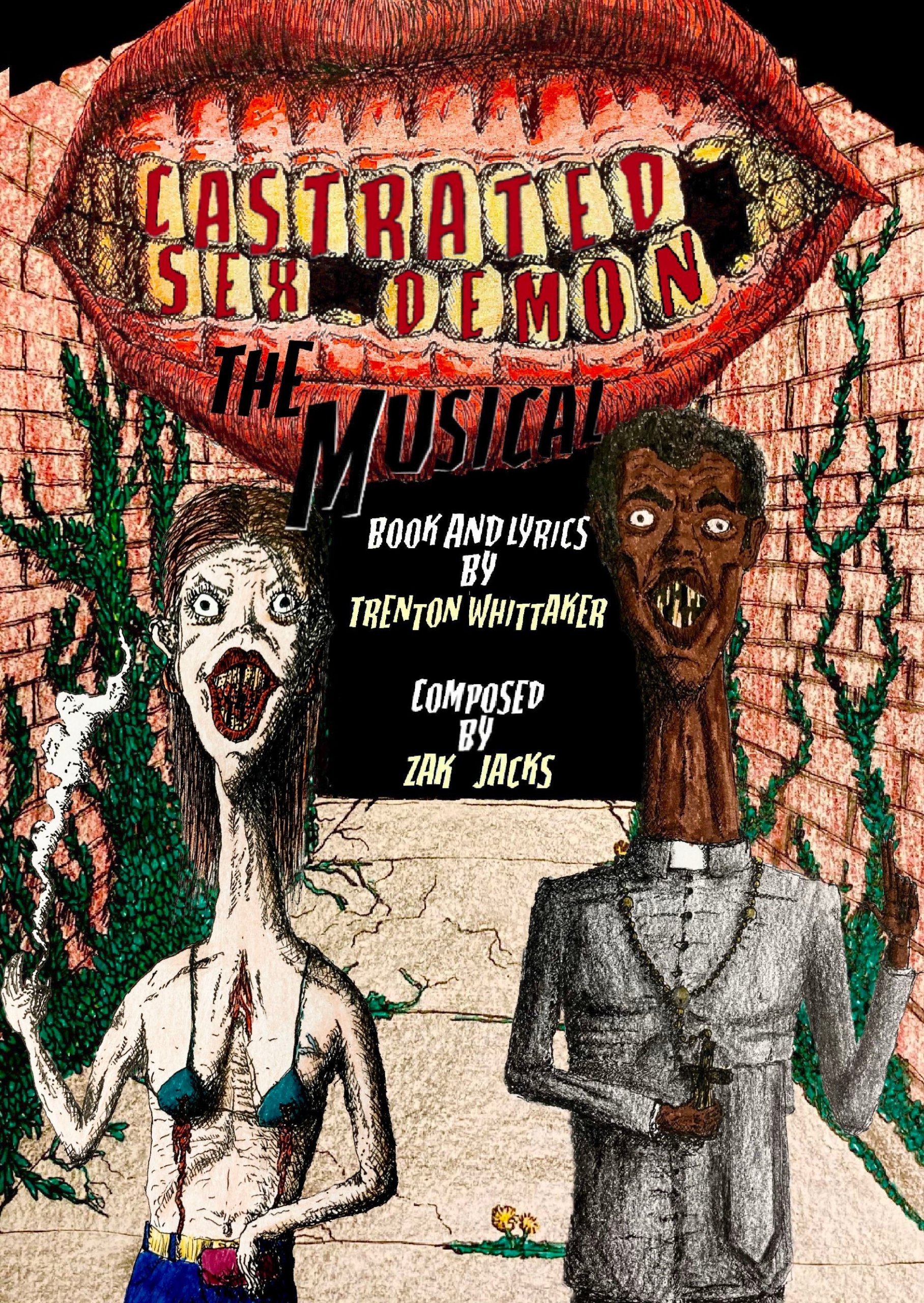 Rocky Horror Picture Show meets Breaking Bad in an rockabilly musical. A college dropout stripper and drive-through priest become a prostitute and a pimp in order to survive in a new world with new rules. 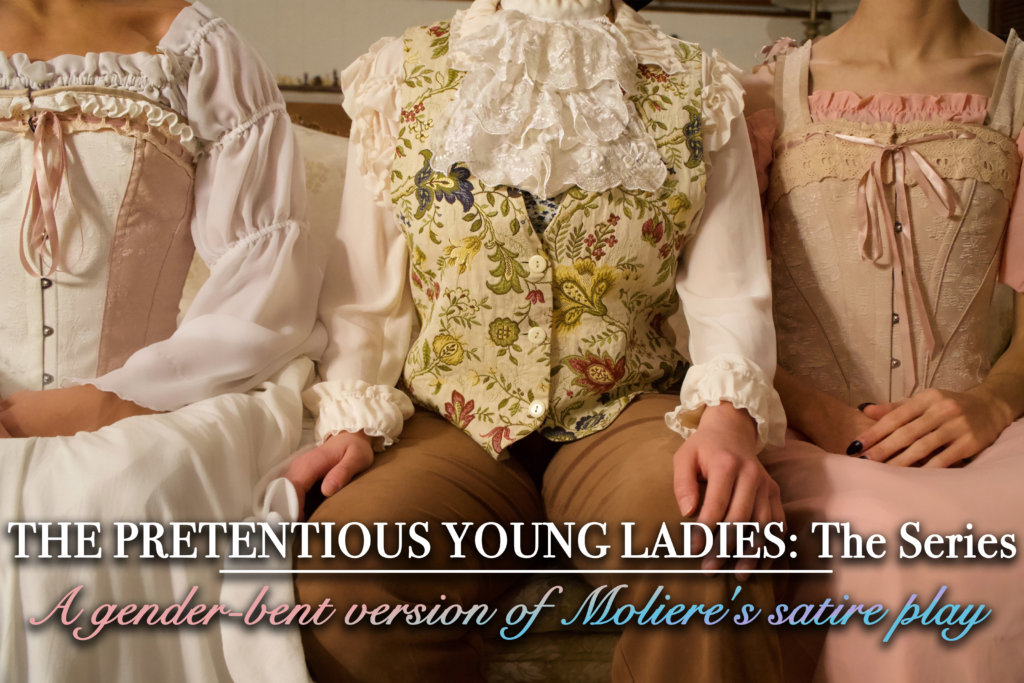 The Pretentious Young Ladies is a one- act comedy that explores an afternoon with two bachelorettes who refuse the proposals of two upstanding noblemen, but are instead fooled into believing the noblemen’s valets are the men of their dreams.

All Episodes are AVAILABLE NOW!

Cabaret - Canceled due to COVID-19

Book by Joe Masteroff; Based on the play by John Van Druten; Stories by Christopher Isherwood; Music by John Kander; Lyrics by Fred Ebb;  Directed by Leslie Stevens

In a Berlin nightclub, as the 1920s draw to a close, Cabaret explores the dark, heady, and tumultuous life of Berlin's natives and expatriates as Germany slowly yields to the emerging Third Reich.

Running in repertory, this collection of student-led collaborations features three fully produced productions including She Kills Monsters, The Drowsy Chaperone, and Ed Downloaded.

A comedic romp into the world of fantasy role-playing games, She Kills Monsters tells the story of Agnes Evans as she leaves her childhood home in Ohio following the death of her teenage sister, Tilly. When Agnes finds Tillys Dungeons & Dragons notebook, however, she stumbles into a journey of discovery and action-packed adventure in the imaginary world that was Tillys refuge."

Book by Bob Martin and Don McKellar; Music and lyrics by Lisa Lambert and Greg Morrison; Directed by Riley McRae

When a die hard theatre fan plays his favorite cast album, the characters come to life in this hilarious musical farce."

Set in a future where one can purchase immortality and spend an afterlife in a digital heaven of ones favorite memories, technological advancements bring infinite possibilities.  Half live action play and half film, Ed, Downloaded is a sci-fi love story for high-tech dreamers."

A Concert of '90s Alt Rock Music Reimagined
"Tonight, Tonight is a musical allegory looking at a group of teenagers as they suffer the tragic death of their youth and the transcendent rebirth into... whatever lies beyond that horizon, all through the sonic lens of alternative rock."

Hussian College LA Campus commercial dancers take to the floor in an epic battle for the perfect score on their final exam as they compete before a panel of established hip hop choreographers.

If you thought you liked the nightlife before, get ready to fall in love with it.

Does A Tiger Wear A Necktie

Juvenile drug addicts react to various attempts to rehabilitate them in detention, particularly those of a dedicated English teacher.

Written by Virginia Woolf, adapted for the stage by Sarah Ruhl
Directed by Siobhan Doherty

Senior commercial dance choreographers showcase their works in a diverse dance concert featuring over 80 dancers and a few surprises.

By William Shakespeare
Directed by Brian Hostenske
April 11, 12, 13, & 14, 2019Shipwrecked and separated, a set twins are reunited in the middle of an aristocratic love triangle in one of Shakespeare’s most beloved comedies.

RED. Passion. Danger. Death. Life. RED is a concert collage featuring songs from a wide range of styles and artists woven together in a haunting musical retelling of the classic fairy tale Little Red Riding Hood.

Carrie has a secret. And if pushed too far, she will let everyone know about it. Based on Stephen King’s bestselling novel, Carrie the Musical is a newly reworked and fully re-imagined vision of this gripping tale.

Music and Lyrics by Adam Gwon

An inspiring look at how ordinary relationships connect in extraordinary ways.

A powerful look at the fate of a married woman, and her lack of opportunity for self-fulfillment in a male-dominated world.

Hussian College LA Campus commercial dancers take to the floor in an epic battle for the perfect score on their final exam. With a panel of established hip hop choreographers, this exciting event takes place in a well-known Hollywood venue.

Excited for the holidays, but tired of the same ol' tunes? Misfit Toys is the perfect way to spice up your holiday season. The students from Hussian College, Los Angeles's incomparable creative arts college, will take you on a wild ride through an irreverent, bizarre, funny, and even heartwarming catalog of music you never knew was missing from your holiday playlist. We're all Misfit Toys on the inside.

A Tony Award-winning rock musical centering on a group of teenagers as they wrestle with the inner demons and social crucibles that stand between them and adulthood.

These Shining Lives chronicles the strength and determination of the women of Radium Dial Watch Company. Theirs is a story of survival in its most transcendent sense, as they refuse to allow the company that stole their health to kill their spirits - or to endanger the lives of those who come after them.

Working for a company that helps write suicide notes can be rewarding, but also a pain in the neck, as Jason is finding out. His boss is suspecting him of ruining the company by talking people out of suicide, but why? A subversive, darkly comic play about grief, opportunism and the price of redemption.